HOME
ABOUT
FILMS
AWARDS
SORIOUS
FOR JOURNALISTS
CONTACT
MENU
SORIOUS SAMURA
Emmy winner Sorious Samura is one of the world's most widely respected African film and television journalists.
FOLLOW HIM ON

Since his debut on the international stage with Insight's Emmy-winning “Cry Freetown" (2000), Sorious - a native of Sierra Leone - has produced and presented more than a dozen powerful and innovative documentaries for major international broadcasters. 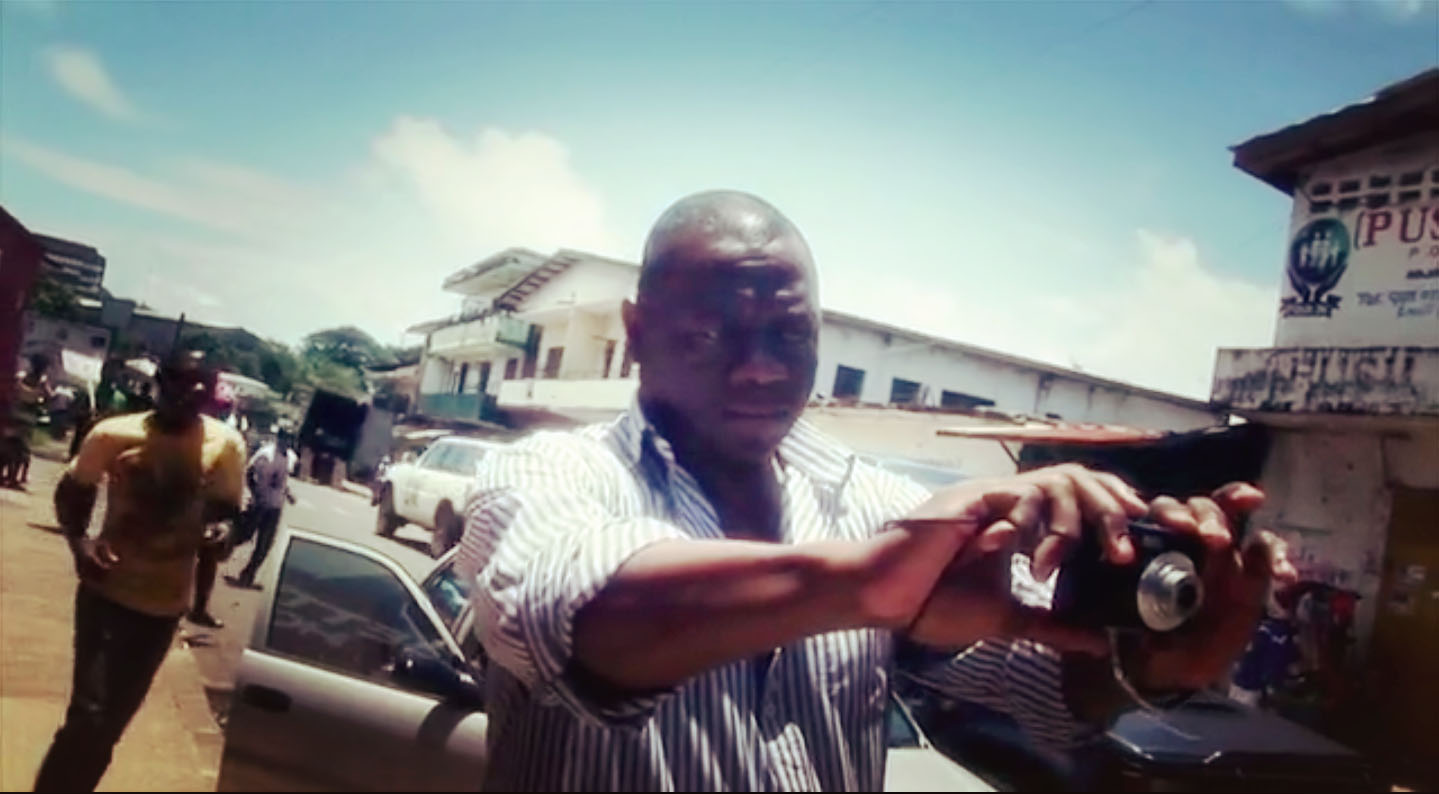 Following the release of “Cry Freetown," the shocking account of his country's civil war, Sorious traveled to Liberia with an Insight film crew to investigate Liberian dictator Charles Taylor. Taylor had Sorious and the Insight team arrested, tortured, and held on capital espionage charges. Interventions by Nelson Mandela, Bill Clinton, and Jesse Jackson secured their release.

“Cry Freetown" was followed by another Emmy-winning film, “Exodus from Africa" (2001), a story of young African migrants emigrating to Europe across the Sahara desert.

From 2004 to 2007, Sorious presented the groundbreaking and Emmy-nominated “Living With" series, in which he worked as an orderly in a Zambian HIV/AIDS clinic (“Living With AIDS"), starved in an Ethiopian village (“Living With Hunger"), smuggled himself into the UK from Morocco (“Living With Illegals"), lived with Darfuri refugees on the Chad/Sudan border (“Living With Refugees"), and went undercover to expose rampant corruption in Kenya (“Living With Corruption").

In 2006, Sorious and Insight Editor-in-Chief Ron McCullagh were on-set advisers to the Academy Award nominated blockbuster “Blood Diamond," directed by Oscar winner Ed Zwick and starring Leonard DiCaprio. Sorious starred in “Blood on the Stone," Insight's investigative documentary that aired on CNN and was featured on the “Blood Diamond" DVD.

Sorious is a strong advocate for empowering African journalists to tell their own stories. In 2010 and 2011, Sorious helped produce and present the One World Media Award winning “Africa Investigates" series, featuring undercover investigations spearheaded by local investigative journalists across the African continent. In 2012, he embedded with Ugandan commandos in the Central African Republic to present an Insight-produced documentary for the BBC about the hunt for LRA leader Joseph Kony.

In addition to the Emmy, BAFTA, and Peabody awards, Sorious is a recipient of the One World Media Broadcast Journalist of the Year award.