HOME
ABOUT
FILMS
AWARDS
ANAS
FOR JOURNALISTS
CONTACT
MENU
AFRICA INVESTIGATES
THE AWARD-WINNING SERIES FROM THE WORLD INVESTIGATES IS BACK
UNDERCOVER TO FIGHT CRIME & CORRUPTION ACROSS THE CONTINENT
episode one
LIBERIA: LIVING WITH EBOLA 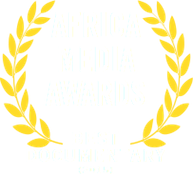 The World Investigates’ Emmy and BAFTA winning reporter Sorious Samura - a native of neighbouring Sierra Leone - joins Liberian investigative reporter Mae Azango to bring out the inside story of the Ebola outbreak from the worst hit country, Liberia.

Bringing an African perspective to the terrible events in West Africa, they reveal not only the heroic effort being made by teams on the frontline, but the deep anger and mistrust held by Liberians towards their government in this time of crisis.

Allegations of corruption and mismanagement abound as Liberians come to terms with the catastrophe that has enveloped them.

Furious health workers rage against the authorities for cuts in their pay while their colleagues continue to die at an alarming rate. A deeper, long standing dispute between health workers and the government becomes clear when Sorious tracks down the Secretary General of the National Health Workers Association who is on the run and in hiding.

While belated international support finally pours in, Sorious discovers the hidden impact of the outbreak at the funeral of a young lady who died of an asthma attack because hospital staff were too afraid to treat her unless she was tested for Ebola.